Lore
This is the territory belonging to the kind and humble Spiderstar, leader of The Pride of Blazing Amber.

The pride was founded long ago by a young lion named Amberclaw. He was a sharp, ambitious lion who felt that his current pride was not being run properly. He saw the lenient treatment toward lionesses who failed to bring back prey as a weakness, and considered the leader, Owlstar, a fool. Believing he could do better, Amberclaw abandoned his pride and struck out on his own. Because of his wit and intellect, he quickly amassed an impressive following of lionesses and several sub lions, and soon he became quite a recognizable figure on the savanna. He figured that if he was to be formally recognized by other prides, he would have to give his own pride a name, and rather egotistically named it after himself: The Pride of Blazing Amber. He also changed his name to Amberstar in order to reflect his leader status.

Amberstar mated only once, to produce an heir; he had little time for things such as romance. His mate produced a single male cub, and this cub was named Applekit. Like his father, Applekit was a smart and sly lion, and it showed as he began to grow. Unfortunately, around the time of Applekit's birth, Amberstar developed a dependency on fermented Marula fruit, and this exacerbated the slight cruel streak he already had. Amberstar would frequently lash out at Applekit when the young lion whined or asked to play, and when the cub became Applepaw and started his patrols, he would often be smacked if he did not return with findings.

All of this abuse took a heavy toll on Applepaw. When he finally became Applefang, he had developed as hard and cold a personality as his father, and an even bigger cruel streak. He would treat the lionesses very badly if they did not succeed on hunts, oftentimes yelling at them alongside his father, and enjoyed killing smaller prey animals as slowly as possible. As intended, Amberstar named Applefang as his heir, and when the aging lion died at last, his son took over as leader, becoming Applestar.

Applestar ran The Pride of Blazing Amber with an iron paw, just as Amberstar had. He was an efficient leader, certainly, and helped the pride thrive, but many of its members suffered constant abuse. Some were too afraid to leave because of possible vengeance; however, the majority actually respected Applestar and rationalized his behavior as necessary to keep his subjects in line.

Like his father, Applestar mated only once, with a pretty lioness named Rosewhisker. However, the reason he only mated once was contrary to Amberstar's; he had found who he believed to be his true love. Rosewhisker was the only lioness in his pride who never heard a harsh word from the pride's leader, and Applestar's demeanor changed greatly when around her. The two sired a cub named Maplekit, and he became the joy of their life.

However, this soon changed. Rosewhisker, of course, spent a great deal of time with Maplekit, grooming him and feeding him and playing with him; she strove to be the best mother possible. Because Maplekit took up so much of her time, she had less time to spend with Applestar, who often had to leave the den to conduct his business. This irked Applestar. It was an irrational annoyance, but Applestar slowly felt himself losing both interest in, and sympathy for, his own son. Combined with this was Applestar's recent indulgence in the same fermented Marula fruit that his father became obsessed with; there was rarely a moment when the pride's leader wasn't in some sort of drunken haze, and even when he was sober, he found his distaste for his son growing each day. He started treating Maplekit coldly as the young lion grew.

The pride continued to thrive for years even with its leader's slow deterioration in morals and sanity, and Maplekit grew up alongside his best friend, Spiderkit. Spiderkit was the young nephew of two elderly lions who had joined the pride some time around Maplekit's birth, and the two cubs became fast friends. When the two became old enough to patrol, Spiderpaw was always there to comfort Maplepaw after a scolding by his father, and they became essentially like brothers to each other. This was true in more ways than one; Applestar, for whatever reason, began to treat Spiderpaw like more of a son than Maplepaw, and seemed to favor him in everything he did. This struck both Spiderpaw and Maplepaw as odd, but it did not harm their friendship in any way.

The day came when Applestar would announce his heir, and much to the grown Spiderheart and Mapleclaw's surprise, the older lion chose Spiderheart. Initially Spiderheart protested in a cautious, respectful way, but both Applestar and Mapleclaw urged him to accept it. His friend insisted that he didn't mind, and in fact seemed happy for Spiderheart. Spiderheart, however, could tell that beneath his smile he was hurting, and felt a sadness within his own heart. He accepted the title of heir, but immediately swore to Mapleclaw that he would name him as successor when it came time to step up as leader. This cheered Mapleclaw considerably, and strengthened their bond as friends and brothers.

After Applestar passed away, Spiderheart took over as intended, and took the name Spiderstar. He rules the pride with a much kinder disposition than the previous two leaders, and has given The Pride of Blazing Amber a new, more positive reputation. He welcomes any outsiders who wish to join his pride, and can often be seen joking around with his old friend, playing with his cubs, or exploring his territory.
Art 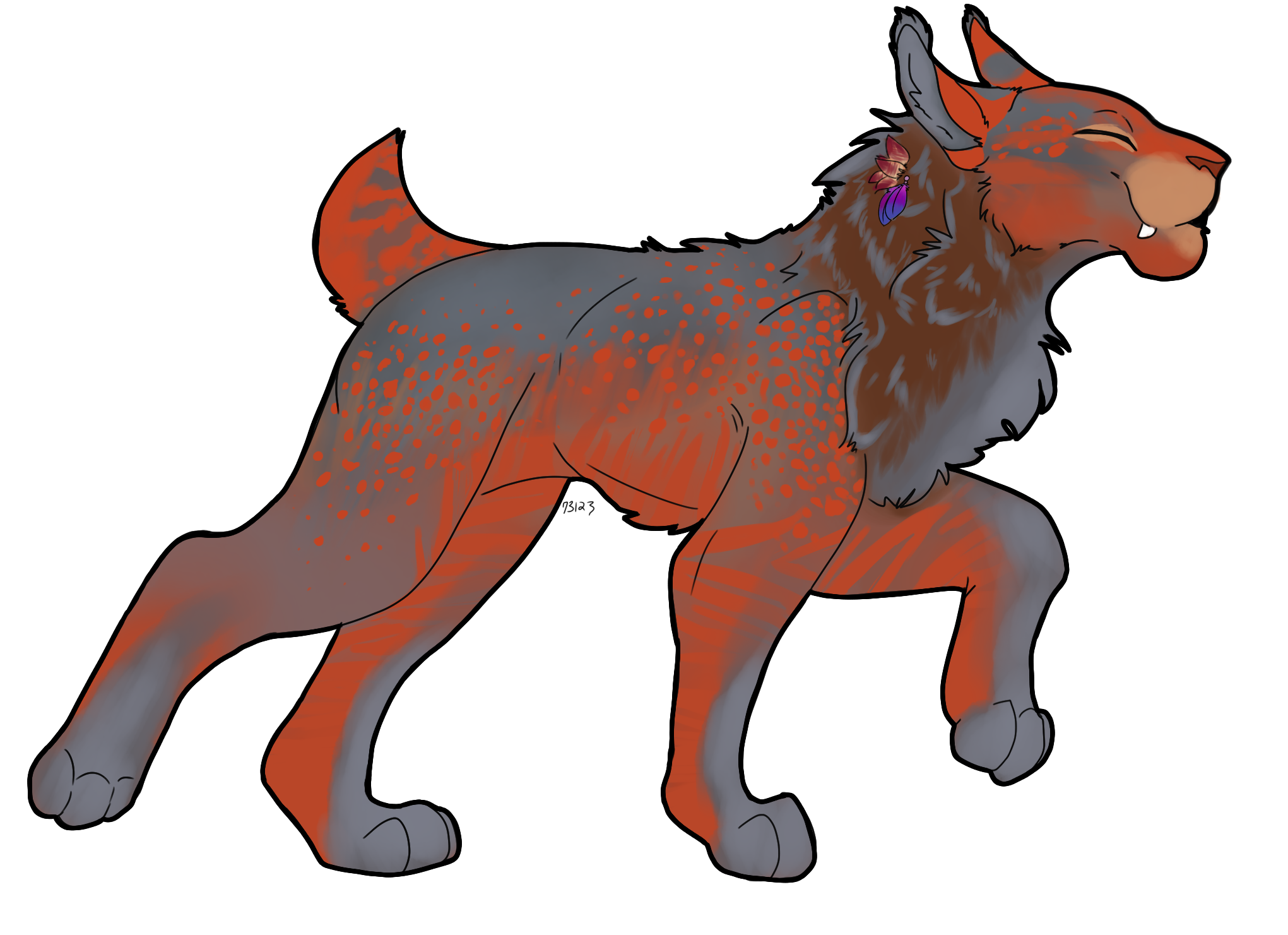 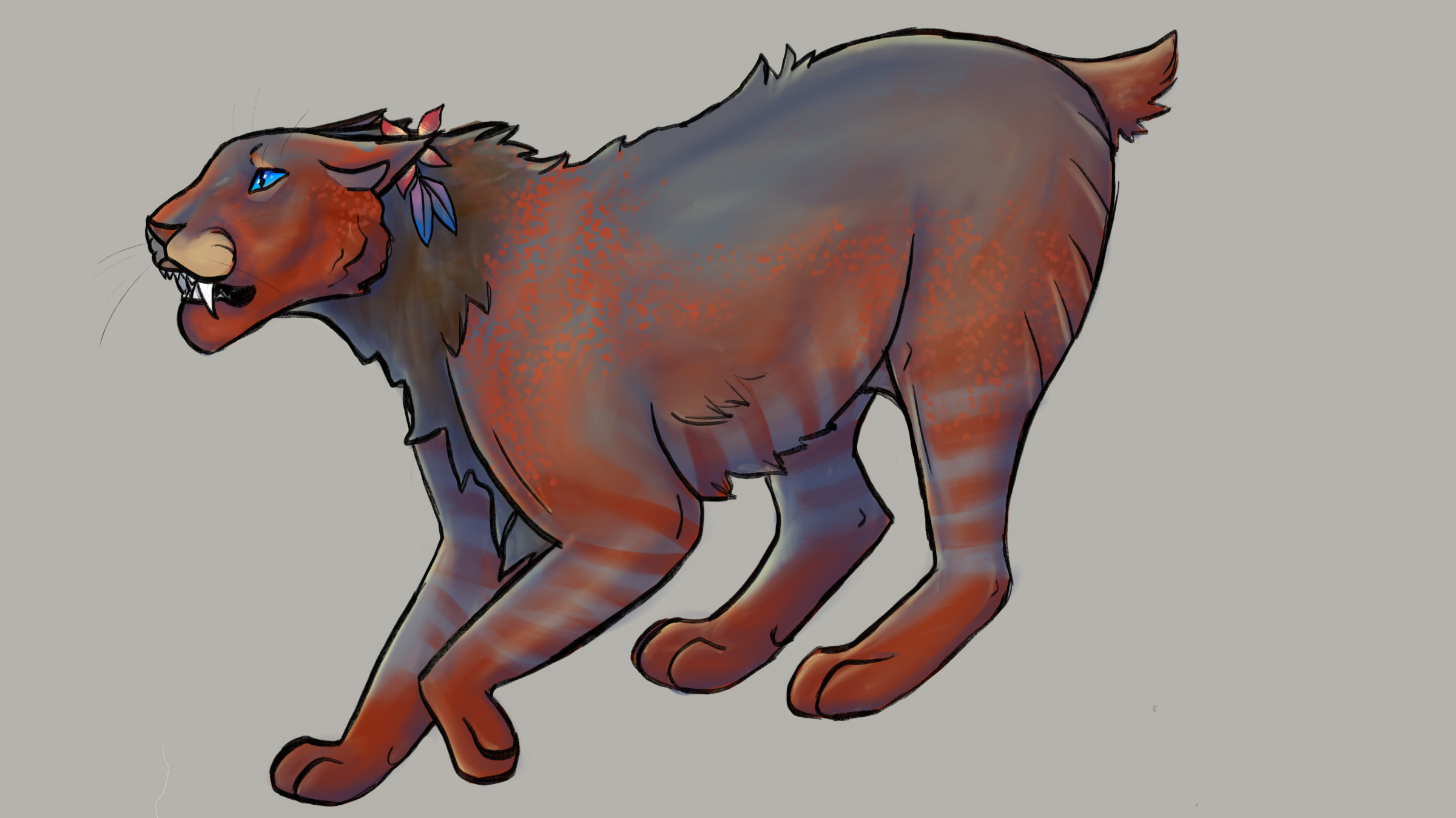 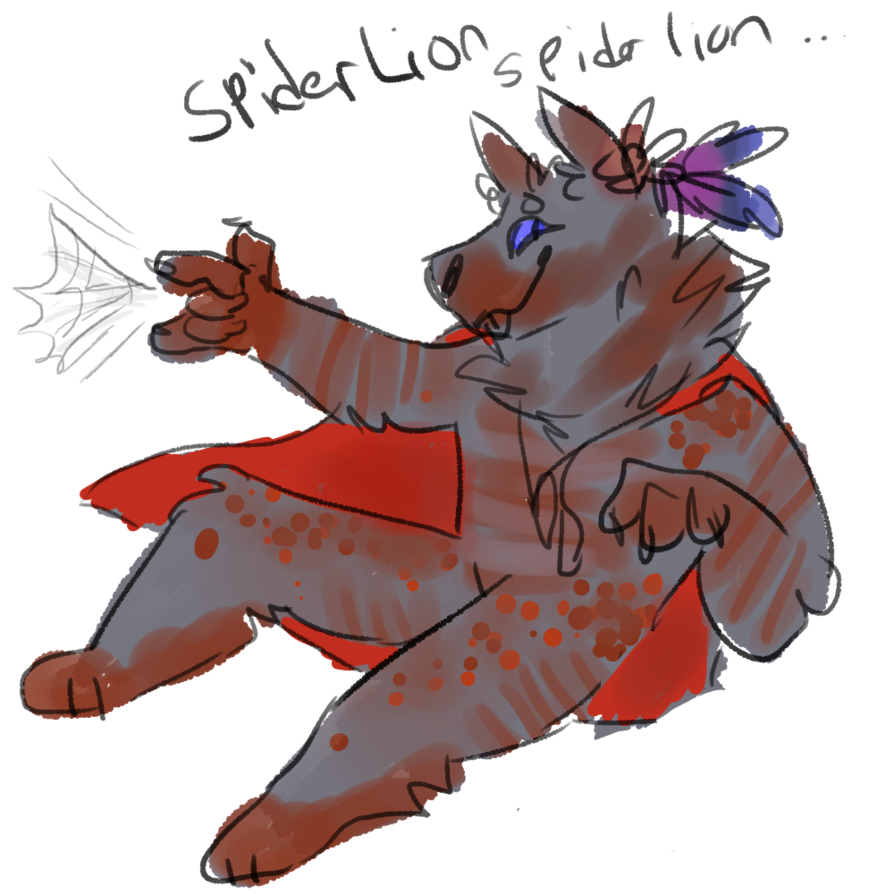 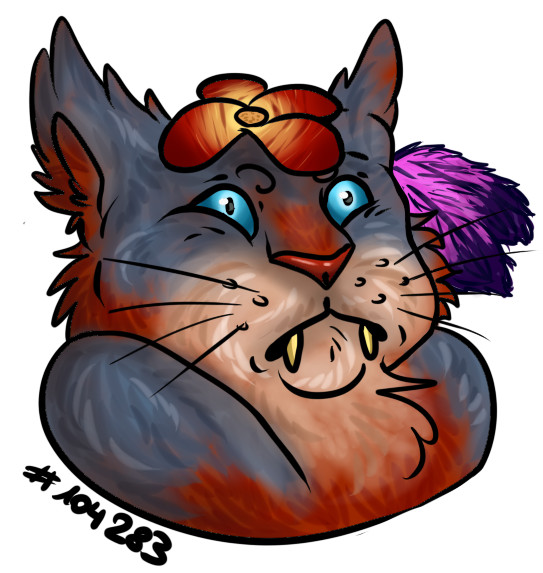 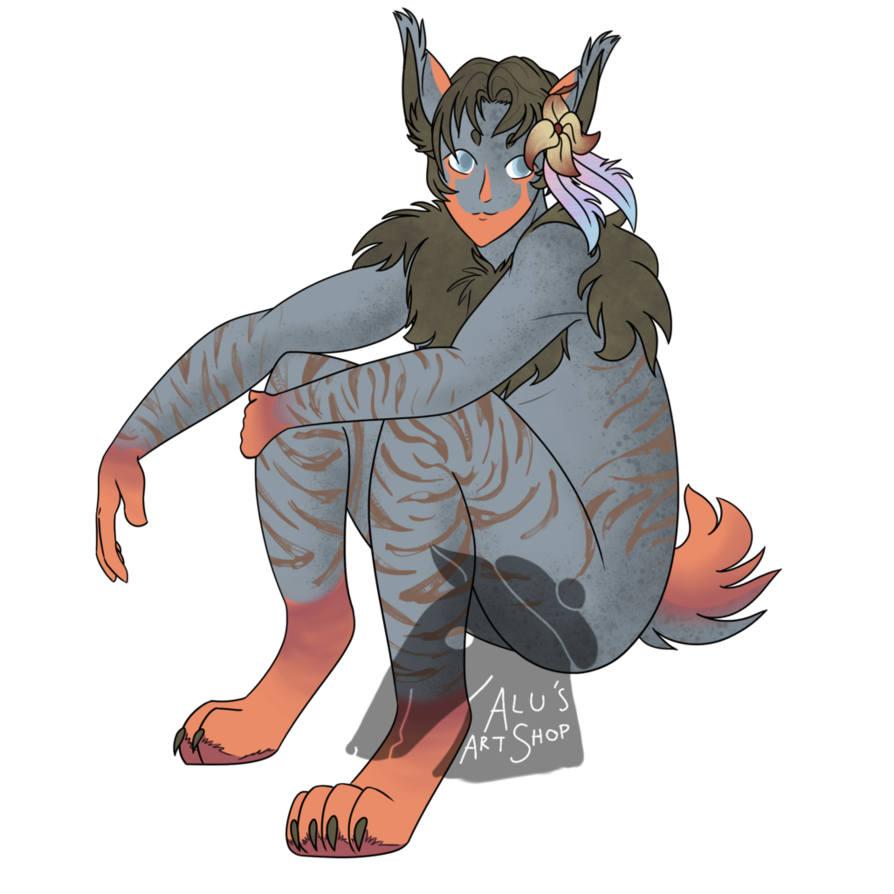 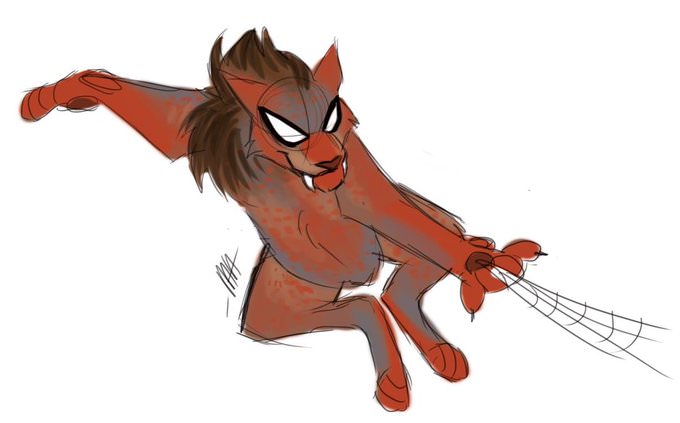 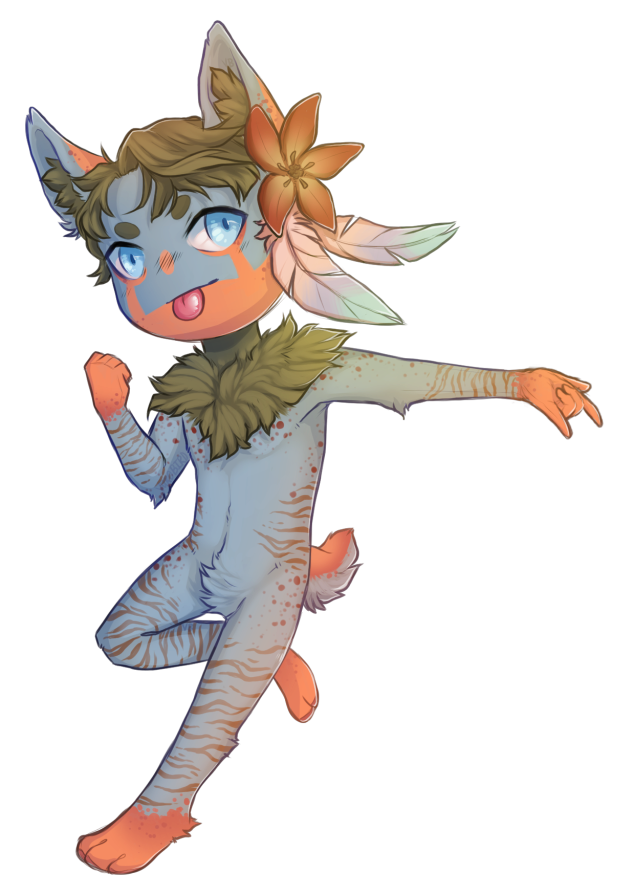 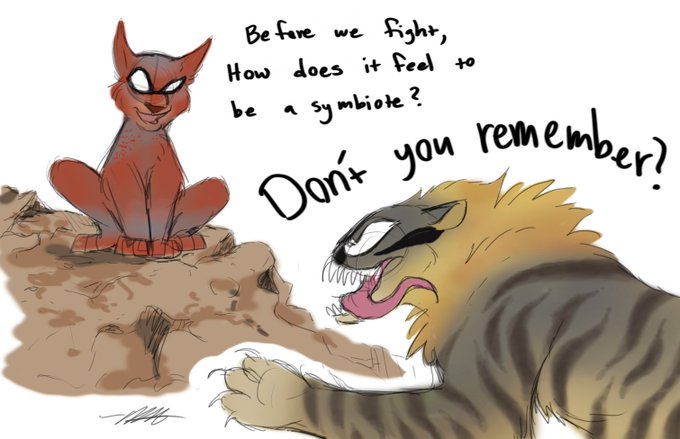 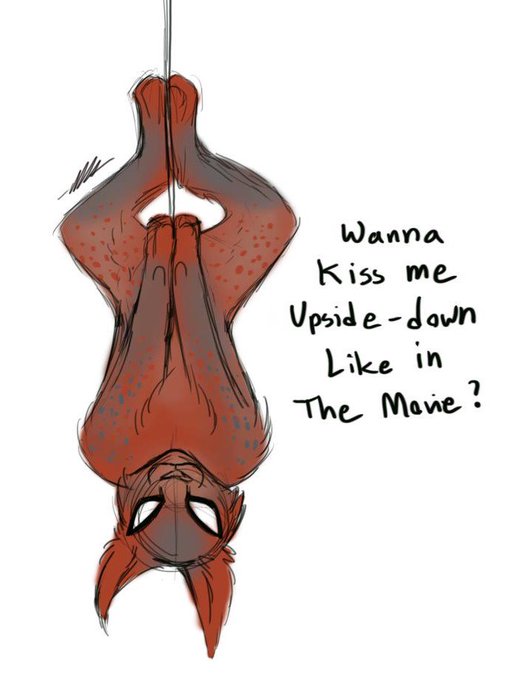 Hi there!! You can call me Spoods! Welcome to my little Spidey-themed page :3 I'm an ace 19yo female in college, and I'm pretty much on Lioden 24/7. Even if I don't reply to a message or forum post right away, I'll try to get to it as soon as I can! Here are some quick notable things about me:

-I LOVE Spider-Man!! I think that should be pretty obvious from my Den, heheh. :3c I'm absolutely crazy about anything and everything Spidey-related, so if you ever wanna nerd out with someone about 'im, I'm your fella!!

-I'm super friendly! If you need someone to talk to about something, whether it's good or bad/sad, go ahead and reach out! I promise I don't bite ^w^

-I own a writing shop! It's currently on break, due to my large workload and overall stress, but, it will be running much more often in the summer!

-My goal for this pride is to eventually be populated with almost entirely red-and-blue lions. Do I take my Spidey love too far sometimes? Perhaps. Perhaps.

-I'm always looking for art of Spidey, my fan-characters, and my OCs!! If you have an art shop, or know of one you particularly like, I'd love it if you could link it to me so I could check it out :D

I think that's about it! Thanks for stopping by my page :)

Here's a little quiz about me because why not!! 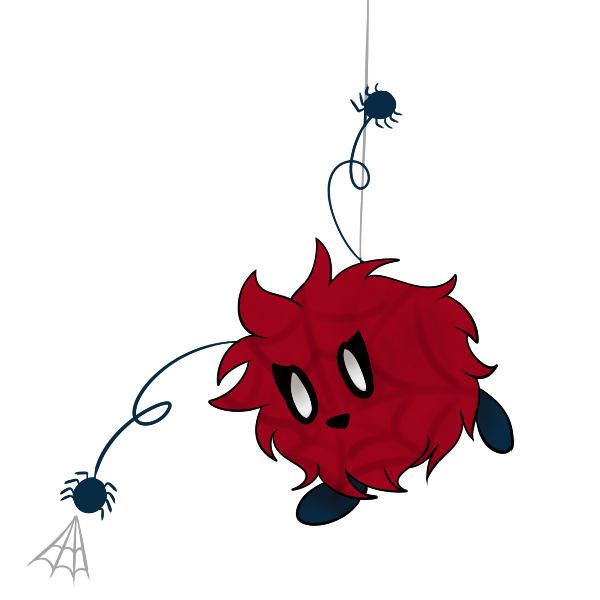