Wishlist:
~ Moonlight decors (Need them for crafting)
~ Explore-found decors
~ GB/SB (Any amount is appreciated!)
~ Lioness Poses (Neutral is my favorite and Snarky is my 2nd)
~ Oasis Items (Mostly any lion customization items)
~ Flower/Butterfly decor of all sorts (Hint: the Monkey Business has some pretty butterflies~ )
~ Energy Items (Bone Marrow etc. I love to Explore!)
~ Great Tits (Cuz boobs are "great" XD)
~ Really any gift is nice. It's the thought that counts, not the price!

Thank you to everyone who left me a bundle! I had so much fun opening them and even got a little teary-eyed at some of the more generous gifts!


The night breeze ruffles a lioness's fur; making her swollen belly with her unborn cubs sway gently. Her pride had been destroyed by an evil lion named Fang. She was the only pregnant lioness in her Pride. The other lionesses either had no cubs or their cubs were killed by Fang. She wanted no harm to come to her unborn cubs, so she snuck away from her pride to raise then as a loner.
The lioness had been a loner for a few weeks when her cubs were born. She had a son named Cloud, after his father, and a daughter named Sun after the color of her fur. To the wild animals roaming the savanna, Cloud and Sun's mother became known as Mystery, for she mysteriously showed up one day; skinny and emaciated. No one recognized her as a former member of Fang's Pride.
Mystery taught her cubs to hunt, fight, and protect themselves from a young age. When they reached a year old, tragedy stuck. Fang had recruited some new lionesses and taught them to kill any lone lioness that had his scent on them. That meant that they had left his pride. Fang's new lionesses ambushed and murdered Mystery. Cloud and Sun were hidden nearby and witnessed the whole incident. They didn't even get to say goodbye to their mother's body for the murderous lionesses dragged her body off to show their vile leader their kill. From that day on, Cloud vowed to take care of his sister Sun, and they grew up together as loners on the savanna.
After they turned three, Cloud and Sun came upon a lone lioness named Blackstripe. She came from a pride called PlainsPride and informed the siblings about the way the PlainsPride lions lived. Cloud and Sun agreed to join and Blackstripe lead them to her Pride's camp. Their leader, NightKing, refused to allow a male lion that wasn't blood live in his pride. Cloud was cast out and offered for his sister to come with him, but she was smitten with the PlainsPride leader and wouldn't leave.
Betrayed and alone, Cloud left the Pride and headed away from the camp when he heard paw steps behind him. He turned around saw Blackstripe chasing after him. he stopped so she could catch up. The pale-furred lioness explained that she liked Cloud a lot and wanted to be with him. From that day on, the two have been inseparable and soon after the two left, Cloud started a Pride similar to NightKing's Pride and he re-named himself BraveKing.
This Pride has been founded by BraveKing and he will always be remembered as the first King and a great lion, who made sure his Pride members had enough to eat before he ate a single mouthful. He took EmberKing from an adolescent and trained the orphaned adol to take over after he died.
EmberKing did his best every day to keep BraveKing's memory alive within the Pride and to do as his foster father taught him. StormKing has taken over, trained from a cub by EmberKing, and puts every Pride member before himself and treats his Pride-mates with the love and respect that they deserve.No one will ever forget the first King this Pride had.

NOTE TO OTHER USERS: My account is almost always logged in, but that doesn't mean I'm online! Please be patient with me getting to any messages. :D My Pride queen (Felis) and one of my lionesses (Nimravus marked). ^^^^

All art below is of my fursona, Twizted Smilez the wolf. ^~^ 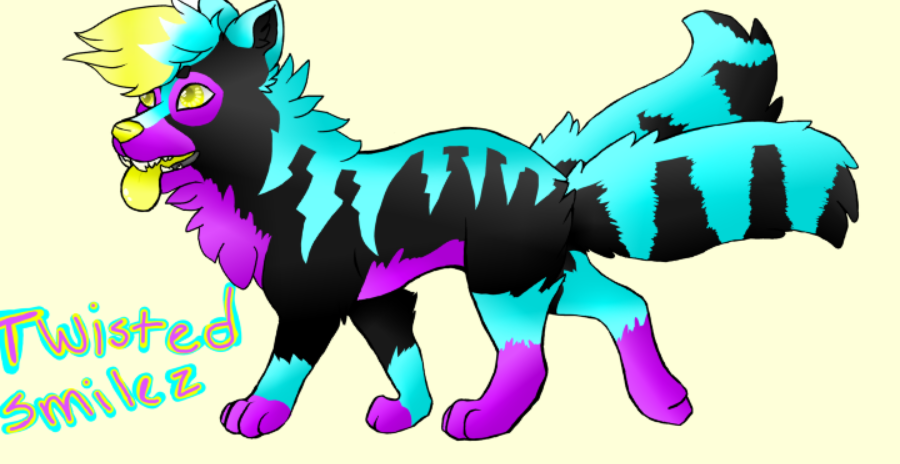 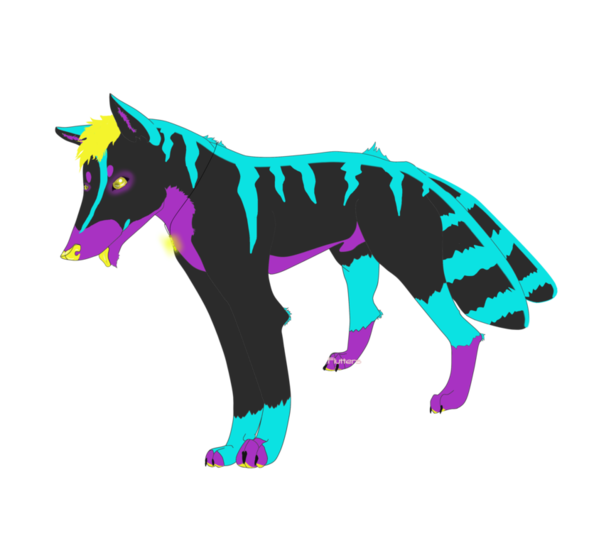 What Element Of Harmony Are You?
Hosted By theOtaku.com: Anime Which Warrior Clan Would You Be In?
Hosted By theOtaku.com: Anime

Hello! I'm TwiztedSmilez Moonshimmer! You can call me Twiz, Twizted, Smilez, Moon, etc. I accept ALL friend requests, so send away. I don't mind whatever gender pronouns you call me, so just go with whatever feels comfortable, okay? ^~^
I'm a sucker for Fiery based, multi Vit, and Onyx Siamese lions. If you ever need anything, just ask and I'll help you to the best of my abilities. :D
A little about me: My favorite animals are wolves, horses, and cats. I adore the colors blue, yellow, purple, black, and silver (ordered favorite to least). I'm an otaku, an anime and manga addict, a Warriors cat fan, and I'm a furry. PM me for info on my fursona. If you ever want to draw my fursona, just ask. I don't mind, but I'd love to see the finished result and post it here in my den!

This territory has lion(s) that are aging up tomorrow and you may not have enough territory to cope with them all!