-Between this account and my side, have one king with every available mane length.
-Breed a lethal mutie.

Things I Suggested That Were Added:

The pride was founded by Fortium, a young lion whose pride abandoned him when poachers attacked their pride, leaving him stuck in a trap. He was rescued by a young lioness, Risum, who became his queen. Under his rule, there was a time of peace. All creatures of the Savannah could trust the good king Fortium, and his descendants were plain but plenteous. He reigned from Time of Poachers through Time of Stars. He eventually died after helped Apollyon overthrow Apedemak--he was an old lion, and the exhaustion and the heat were too much for his frail body to take.

Rament, son of Ducia, was the next ruler of the pride, taking the throne the day after Fortium died late into Time of Stars. He was good of heart, if not a little odd, but his mistake was taking Pecca, daughter of Fortium, as his mate. Unlike her father, Pecca did not have good intentions, and persuaded Rament to go down a darker path, claiming it to be for the pride's sake. He became known as Rament the Lamenter, for his lamentations of his evil deeds. On the first day of his fifteenth year, his cruel queen found him to be no longer useful to her and slit his throat in his sleep.

He was succeeded by his younger half-brother, Auden. Auden saw the disarray the lands were under his half-brother's deeds, and the panic the pride was in following Rament's death, and realized how difficult his task would be. For many years, he labored to bring goodness to the lands again, just like the good king Fortium had done. When he was kinged, the pride declared him to be too old for the job, and demanded Lethe carry out a ritual to make him younger. She did so, but created an age gap between Auden and his queen, Araneo, and both were forced to face the truth that one would die before the other. Both this and the weight of his half-brother's sins followed Auden through his entire reign.

When Auden chose to step down, his adoptive daughter Noctyrne stepped forward to rule. She quickly proved herself to be cruel and malicious towards outsiders, but also showed a loving, gentle, tenderly side to her pride and lovers. It was highly unusual for a female lion to rule, but who would argue with an elderly Auden and his neverending love for his daughter? She was heartless to outsiders, but full of heart for her wives and cubs. She was the only ruler of the pride to never choose a single consort, and her pride loved her as outsiders feared her.

And then the most unexpected thing happened. In the middle of Time of Victors, Noctyrne was struck down and killed. Without an heir named, the pride pressured Nitatem to step forward as king. Reluctantly, Nitatem began a peaceful rule, a new, unprecedented rule of pure peace with his previous mentor, Song, as his advisor. His gentle persuasion, soft words, kind smile, and knowledge of plants and their abilities led the pride into a new era of tranquility for so long as he lived.

But he did not live forever. When he became too old to rule, he gave the position to the cub he had practically raised—Seipsa. But Seipsa had none of the goodness in his heart that Nitatem had had. Rament's remorse, Noctyrne's soft love for her pride—Seipsa had none of it. He only had hatred. During his rule, every step he took drowned the land in another tidal wave of blood and destruction. It became clear. Something had to be done.

And something was done, in the form of a lion named Egium, who once had trained under Seipsa, but now saw him for the monster he was and devoted his life to protecting the weak and innocent from his unholy wrath. When the timing was right, he killed the lion who had once been a mentor to him, freeing the land from his terrifying reign. But as he went about his own rule of the pride, one question remained on his mind. What had he done?

When Egium quietly passed from old age, Vigerit expected he would be the one to become king. That was what he had been told since he was a cub, after all. But instead, the shamans of the pride intervened, and made an announcement: Vigerit's heart had grown dark and corrupt, and the ancestors wanted Salicis to rule instead. Salicis and his lover, Todit, ruled the pride with a kind, loving, strong paw, like the one they had lived under their entire loves, being ignorant to the fact that Vigerit was angry, and he had big plans.....

Vigerit found a young cub by the name of Culta, and raised him in his image. As Culta grew, he began to resist Vigerit's orders more and more, but when Vigerit died, his spirit began to continue to command Culta from beyond the grave. Finally, when Salicis grew too old to rule, Vigerit's spirit possessed Culta and forced him to strike Salicis down. Culta was shaken by this action for the rest of his rule, and would be until the day he would summon the spirits of his ancestors to banish Vigerit's spirit to hell, where it belonged.

But no one could have expected that Culta’s banishment of Vigerit would kill him. The pride was left without a king, without an heir. They sent Medenti out to find an heir, and he returned home with a teenage boy, Iuvenis. Iuvenis was forgiving and kind, but he was also an inexperienced child. It would take many years of guidance from Medenti, Indiget, and Suginis, as well as the very spirits past that had helped Culta, to raise Iuvenis from an inexperienced child to a good, fair king.

During his rule, Iuvenis fathered a son: Incursio. The demons of the past felt they had been betrayed by Iuvenis’ forefathers, whose loyalty kept wavering between demons and angels. To get their revenge, they corrupted Incursio into one of them. But the angels had a plan as well: they purified another cub, Elevatio, into an angel, to keep Incursio in check. Neither side could predict the two would fall in love, and their twisted love story became a legend to pass down through the ages.

This brings us to the current day. It is Time of Poachers, and Incursio rules the pride. Welcome to The Pride of Cetshwayo—The Pride of the Betrayed One; The Pride of Fortium and his descendants. 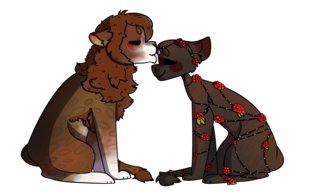 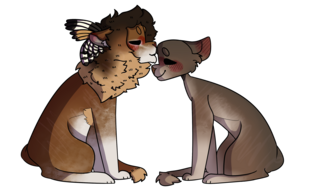 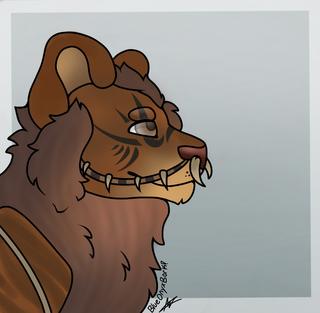 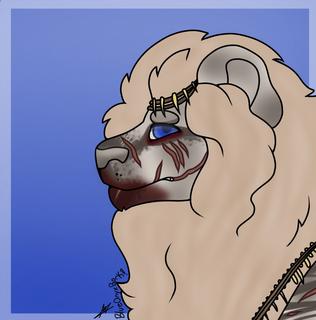 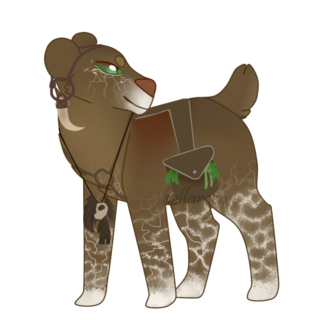 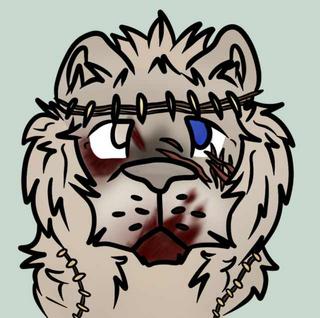 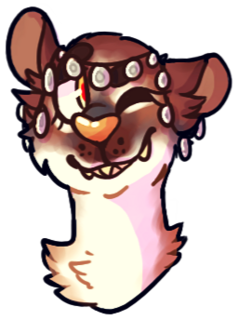 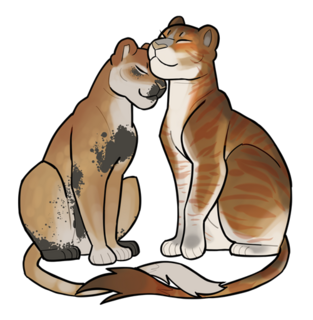 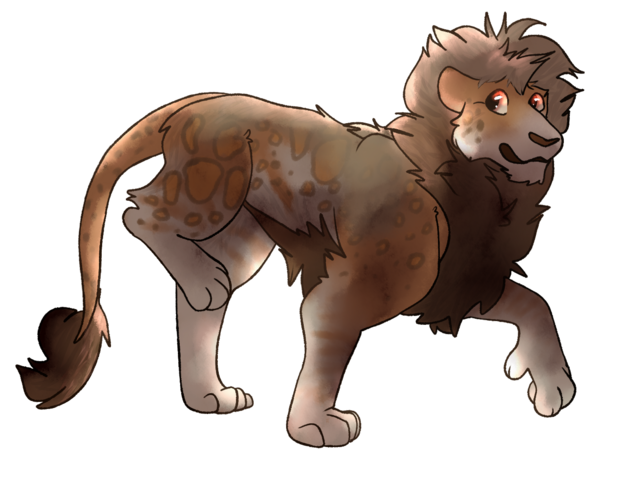