Here is an example with out the lineart and back ground. name:Winter Dream
gender: male
studding: available
bio:Winter Dream was born on December 24th.
personality: Winter Dream doesn't fight other Serfalis around the holidays. He eats fish, plants berries,etc. He doesn't eat meat. He is kind and, caring and loving Serfalis.
territory: Is large open meadow filled with wildflowers has stream to get a drink of water and to cool off in the summer months. There are apple trees in the meadow In the center of the territory is cave that used to take Shelter from the rain and other inclement weather.

Note: Winter Dream does defend his territory from other male Serfalis that want to take his territory. He is the only Serfalis in his territory as of right now. He sleeps out side of his cave during the warm summer nights.

credit to Victoriana #86439 for drawing the line art for hyena dog hybrid and the artwork.
name: 
Sleeping mainly during the day, this pride is active primarily at night, although sometimes at twilight. Both Sundusk and the lionesses defend the pride against intruders, but the Sundusk is better-suited for this purpose due to his stockier, more powerful build. This pride resides west of the Great Rift Valley. Other prides here have vanished because of the amount of predator competition from Spotted Hyenas, Cheetahs, Leopards, African Wild Dogs and Nile Crocodiles. There is a lioness in this pride known as Caliope who has white eyes that shine like diamonds. She still resides within the pride. There was a very noticeable lioness residing within this pride who had a striking white blaze on her face. She has not been seen in a while and her whereabouts are currently unknown. The current dominant female, or queen, is a melanistic lioness by the name of Shadow.
credit to black_rhinoceros (#68593) for writing the pride name origin story for me. I am VLF friendly. I will keep trying until your lioness is pregnant.You are welcome to use any breeding items you want to use. My studding price will also be the lowest it can be. If I am not lioden Please do not remove your request I will get to it once i'm on lioden. I do not stud race. I also offer free studdings. If you like a free studding please send me a message saying that you would like free studding. Please do not worry about how much energy i'm using on your lionesses, I will use as many full energy bars as it takes to get your lioness pregnant. If you are in the same clan as me please send me a message so I give you a discount. Here is the list of clans I'm in A.A.N.P, Dragon Turtle's Clan,For the Love of Albinos,Fun-Paws,No Promises Economy Boosters, Pet Simmer Squad,,True Blue,Raffles and More, and The Equestrian Association.


Barry is the next King once Soren passes on.


Castiel didn't want Dean in his territory any more, but instead of sending him the nature reserve; He advertize him to other prides. Aslan12 was walking by Castiel's territory and took an interest in Dean. Castiel was happy that Aslan12 took an interest in Dean and sent him to live in Aslan12's territory. He moved to a new territory, which belongs to the current king Aslan12. He also gave Aslan12 permission to change Dean's name if he wanted too. Aslan12 changed his name to Soren.
Sundusk is the heir and will be king after Aslan12. He told Soren , that he is the next king after Sundusk.

Which Hogwarts house will you be sorted into?


The young male had been travelling for days in search of his own territory, each one he came across was taken and he was chased off, the young male - named Aslan - was exhausted and wore out. His deep yellow eyes were dull and his body was skinny from lack of food. Aslan was young, he was still learning to fend for himself without his family. Feeling the wind blow through his small mane, Aslan lifted his gaze to see an unclaimed territory right before him. Completely untouched. Excitement ran through him and he suddenly felt as though he was flying, he took off towards the untouched area as quickly as he could.

Aslan skid to a stop and released a loud roar of victory, claiming the are as his territory. Two days passed and the male had marked his territory around the borders, he was now resting inside of his cave with a content smile on his chocolate-colored face. The wind ruffled his golden mane and Aslan lifted his head to smell the scent of a lioness, Aslan climbed to his feet and padded out of the den. In the distance, he noticed a pale looking lioness lapping at the water in the river. The young king approached the lioness with a stiff stance, growling to get her attention and when the lioness turned to look at him.. Aslan noticed that she was a rogue - she didn't belong to a pride.

Aslan began a conversation with the lioness and the two slowly started to bond. The chocolate king invited the lioness - Sarah - into his pride and he graciously accepted. She told him she'd fetch her friends and left the area. She returned with five more lionesses and introduced them as Savannah, Sugar, Brownsugar, Cinnamon, and Ella. The chocolate king smiled at them and quickly gave them a tour, explaining the rules them and introducing himself. This.. was the start of his new pride. credit to SierraLights (#86771) for drawing and coloring in a customartwork of my king Soren for me.

This is my dream lioness/lion

Species : wolf
Gender : female
Appearance : She is a white wolf. Tenshi is the same height as the wolves in the movie princess mononoke.

Personality: She doesn't like it when people destroy an environment. Tenshi enjoys being out in nature. However because of the event in the movie she has a hard time trusting humans , except for san. She takes threats to the wolf tribe seriously.

Other: Tenshi is a member of the wolf tribe. She allows San to ride on her. Name: Midnight
Age: 5 months
Gender: Female
Rank: pup
Personality : she enjoys nature. She is friendly , sweet and innocent , prefers to be around family and friends.
Strengths : has a good sense of smell.
Weaknesses: can't hunt prey. She doesn't know where she is going , because she is blind.
Power: none
Sexuality: None
Looks : She is solid black except for a white crescent moon mark on her forehead. She is blind.
Crush/Mate/Pups : none
Kin: none
Other: Midnight was born blind. She can't see.

Name: Aura
Gender: female
Age: 32
Rank: wild
Appearance: Aura looks just like any other dragonair except she has a white crescent moon mark on her forehead.
Background: She got separated from her family when she was a dratini.
Family: N/A
Held Item?: no held item
Move(s): dragon rush , hyper beam , safe guard , and dragon tail.
Level: 45
Ability: shed skin

name : Star
Breed: Mustang, quarter horse, appaloosa cross
Age: 6 years
Gender: mare
description: palomino with a white mane and tail. She has four white socks and a white star on her forehead.
Personality: She cares about others. She enjoys helping others what ever they need.
History: Star was born wild never been tamed. She lives a natural life in the wild.

Name : Crystal
Sex: female
Sexual orientation: N/A
Age : 20
Physical appearance: She stands 5'5". She wears purple sneakers, has light blue shorts, a blue , purple pink tie -dye t-Shirt. She has shoulder length brown hair. She has light tan on her fair skin. She has long skinny legs.
Personality: Crystal enjoys taking hikes in the wilderness and viewing the wildlife that live there. She stands up for animals that are treated inhumanly. She helps her mother take care of the animals at marine wildlife rehabilitation center. Crystal is very kind person. Crystal likes helping others in need. She doesn't like it when people are harming the environment.
Biography: She lives on the Hawaiian island Honolulu with her mother and father. Her Mother works at Marine wildlife rehabilitation center. Her father works as nurse.She loves to help her mother with the marine life at the marine wildlife rehabilitation center.
Relationships: N/A
Other information: She has pet female Fennec fox named Ella. Ella is micro chipped, since she had meet Crystal. 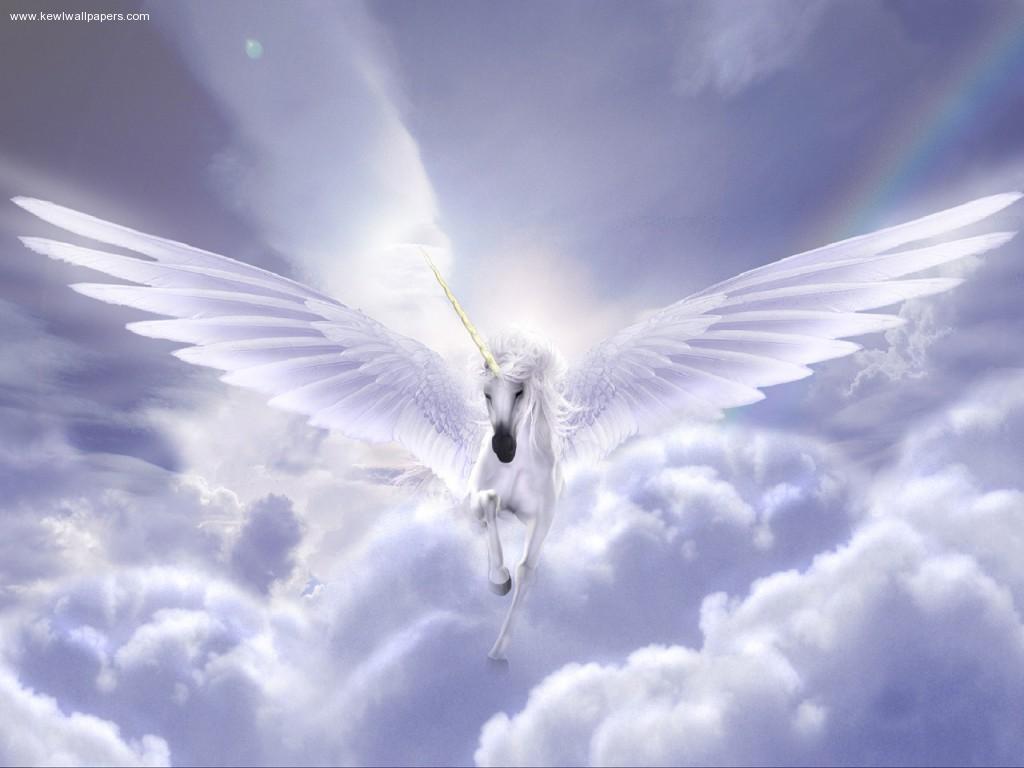 
Name:Sora
Called: Sora
Age: Immortal
Gender:Mare
Power: keeps animals calm during catastrophe example a flood, fire,etc.
Description: She is beautiful white unicorn with large eagle like wings. She has a black muzzle.
Personality: She is a friendly unicorn. She doesn't like conflicts, however she will help other unicorns come to compromise.
History(Optional): She is learning about her family history. She doesn't know her mother or father.
In Heat:yes
Other: Her name means sky in Japanese. Feel free if you want to create a mother and or father for Sora.

This is where i got the picture http://static.ethicalshop.org/media/catalog/product/cache/11/image/800x800/9df78eab33525d08d6e5fb8d27136e95/b/a/barn-owl.jpg
(pet information; Name : Ella
Owl species: Barn owl
gender:female)
Relationships-N/a Open
Friends: N/A open
Personality- Friendly, Sensitive to animals being treated inhumanly, She stand up for animals being cruely treated.
Patronus: Unicorn
Other- she is a mudblood